This week on Believer’s Voice of Victory join Gloria Copeland and Pastor George Pearsons teaching you how to live life more abundantly in Christ. If you feel like life is beating you down or you want to know how to stop struggling financially, then this week’s message—Living in the Overflow—is for you! Study notes are available at kcm.org/notes.
WatchStudy Notes 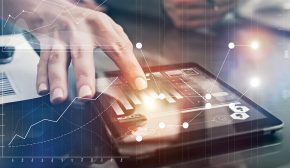 Kenneth Copeland
O fear the Lord, ye his saints: for there is no want to them that fear him.

What does it mean to fear the Lord? It means to give Him total respect, to honor Him, to let Him be God in your life. If you fear the Lord, whatever He says, youll do. When you find something in His Word, you implement it immediately. Youre quick to make changes. God says people who live that way have no want. No want! Thats a vast statement. But read the Bible and you can see that its true. God has always taken total care of His people. When Israel followed Him, there was no lack in the whole nation. They had everything they needed. They were strong. They were prosperous. No enemy could stand before them. There was no sickness or disease among them. God doesnt have any problem backing up His Word. The only problem Hes had since the Garden of Eden has been finding people who would do what He says and allow Him to be God in their lives. Listen to me closely. God knows exactly how to get you out of trouble. He hasnt forgotten how to part the Red Sea. He never changes. When He finds someone who is loyal to Him, Hes loyal to them. Second Chronicles 16:9 says, For the eyes of the Lord run to and fro throughout the whole earth, to show himself strong in the behalf of them whose heart is perfect toward him. That word perfect doesnt mean one who doesnt make mistakes. It means one who is loyal. God isnt just willing to deliver you from trouble, He wants to deliver you. He is constantly searching for opportunities to show Himself strong on your behalf! But He wont force it on you. Youll have to fear Him, give Him total respect and honor Him. If you want to walk in the delivering power of God, you will have to want it enough to let God be God every day of your life. Genesis 34-35; Matthew 19 I reverently fear the Lord. I respect and honor Him therefore I do not lack! Psalm 34:9