When Kenneth Copeland Ministries Europe began in 1982, the Word of Faith was new and exciting to many Christians on the continent.

As people started to hear the teachings of Kenneth & Gloria, it took off like a wildfire, igniting people’s hearts and leaving them with a passion and desire to learn more.

Within a year, Kenneth and Gloria received their first invitation to England in 1983, where they spoke at the Full Gospel Businessman’s Convention in Blackpool.

The hunger for the Word and the message of FAITH launched the first International Believers’ Convention in 1984 and was held in Birmingham with 2400 registered attendees.  Three further International Believers’ Conventions followed in 1985, 1987 & 1988 with a growing attendance of 4500 believers travelling across Europe to hear the life changing message. 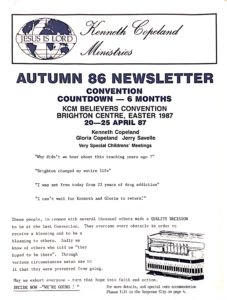 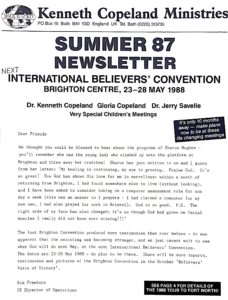 Out Of This World

The Conventions continued in the 1990’s with miracles, signs and wonders of God’s healing and delivering power exploding at these meetings.  Brother Copeland described their time in Bournemouth in 1991 as ‘one of the greatest conventions we’ve ever seen… truly out of this world!’

Writing in his Partner letter, Kenneth recalls: “Faith and joy seemed to leap right out of our mouths.  You could see it on the faces of the people as the Word went deeply into hearts and minds, separating people from bondage of every kind.  Of course, you know what that did to me.  I went more than a little wild and they almost had to drag me off the platform because the outflow of the Spirit was so strong.  I did not want to cut it off and end any of the services.  One night I got so drunk in the Spirit, I had a hard time walking off the platform.”

4,500 people registered – ‘Breakthrough’ on the Friday night – many instant healings – sight restored, cancers disappeared – several released from debt – The Lord provided for several who went without money for food etc. – countless ‘smaller’ miracles that were so precious to those receiving them – many released into an abandonment of praise and worship not experienced before.

By the end of the 90’s, guest speakers such as Jerry Savelle, Jesse Duplantis and Creflo Dollar had joined Kenneth and Gloria in their ministry to Europe, and the KCM Europe Partners had grown by the thousands.  These meetings were more than just a convention they were an intense immersion in the Word and gave birth to Partners taking up the call into birthing ministries and planting churches across the continent.

In some of these conventions Superkids meetings were held with Commander Kellie Copeland teaching a younger generation the foundations of faith. We now have Partners, who attended these meetings as young children.

The hunger for the Word of God was tangible and evident and in 1999 KCM Europe held its first Victory Campaign in Belfast and Bournemouth.

The new millennium brought more growth and new life to the ministry.  In 2001, the first Victory Campaign outside of the UK was held in Frankfurt, Germany.

Dean, one of KCM Europe’s long standing staff members recalls, ‘London 2012 was my first KCM meeting as a working staff member, I had the privilege of working on the book table. It was a delight to see crowds of people flocking to books and teachings on the Word of Faith. Our Partners and Friends had such an excitement to get their hands on these life changing products. It was also such a blessing to be able to put faces to names (as I worked in Partner Services / Prayer Department). I also had the honour of helping with the offering one night. This was SUCH a BLESSING for me to see the love and faithfulness of the Partners and Friends of Kenneth Copeland Ministries, we truly could not do what we do without the help and support of our Partners!’

Read the report from the 2012 Europe Victory Campaign organised in London.

Pastor’s George and Terri Pearsons began speaking regularly at various churches in the UK and Europe and special Partner meetings were held.

In 2006, they held an International Outreach for Leaders and Partners in Northern Ireland, Wales, and England.

These prayer conferences were attended by KCM Partners and Partner Churches from all over Europe and parts of Africa, including Belgium, Cameroon, Congo, Germany, Holland, Nigeria, Spain, Switzerland, USA, UK and Zimbabwe. 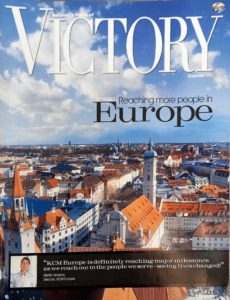 On the 17th June 2011, the KCM Europe office launched its first ever regional Connect Meeting.  These meetings, also known as Partner Connect Meetings, were aimed at providing an opportunity for Partners and Friends to meet other Partners and Friends living in their surrounding regions. The Holy Spirit moved powerfully during this ministry time and many were blessed.  These meetings were held annually in Partner Churches across the UK and one in Germany. Kenneth always made sure he sent a video message of encouragement to all who attended.

With the onset of Covid-19 in 2020, KCM Europe continued with on-line events, focusing on building and strengthening our European Partner Pastors and Leaders, who in turn stirred up and encouraged their congregations during the pandemic.  These meetings were led by great men of faith, such as Jerry Savelle, Jessie Duplantis, Rick Renner and Pastor George Pearsons.

Kenneth Copeland Ministries Europe continues to grow, thanks to the Partners and Friends of the ministry who continue to sow in prayer and finances into the mission of taking the Word of God from the top of the world to the bottom and all the way around.  We thank God for blessing the first 40 Years of ministry in Europe and thank Him for the next 40 years, equipping His saints to share the love of God and share this message with the world!

If you attended any of the events organised by Kenneth Copeland Ministries in Europe and would like to share your testimony, please do so using the online form, by email to partners@kcm.org.uk or on social media using the hashtag #KCMEurope40years.

If you aren’t yet a Covenant Partner with Kenneth Copeland Ministries, we would like to invite you to take action now.

I want to become a Partner 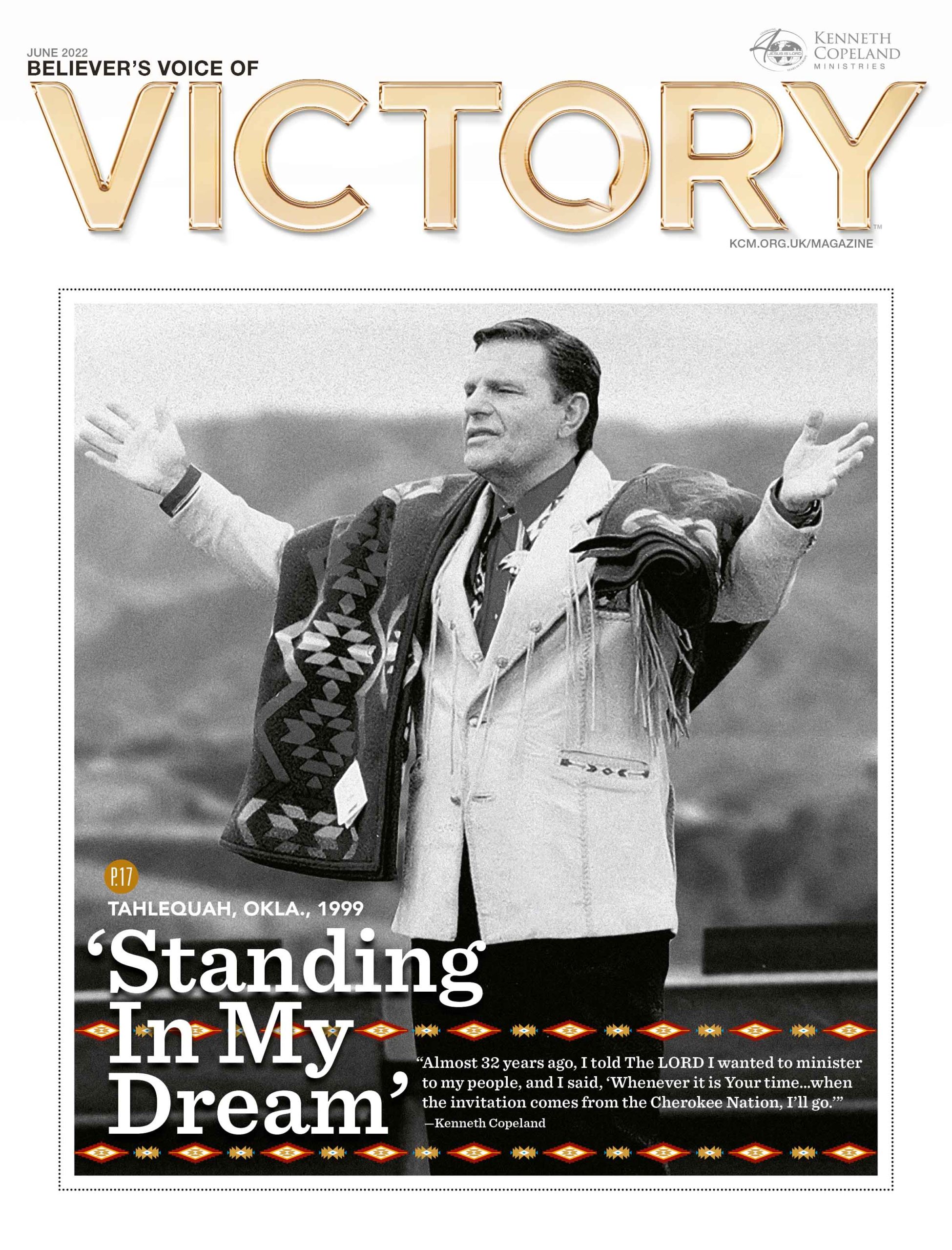