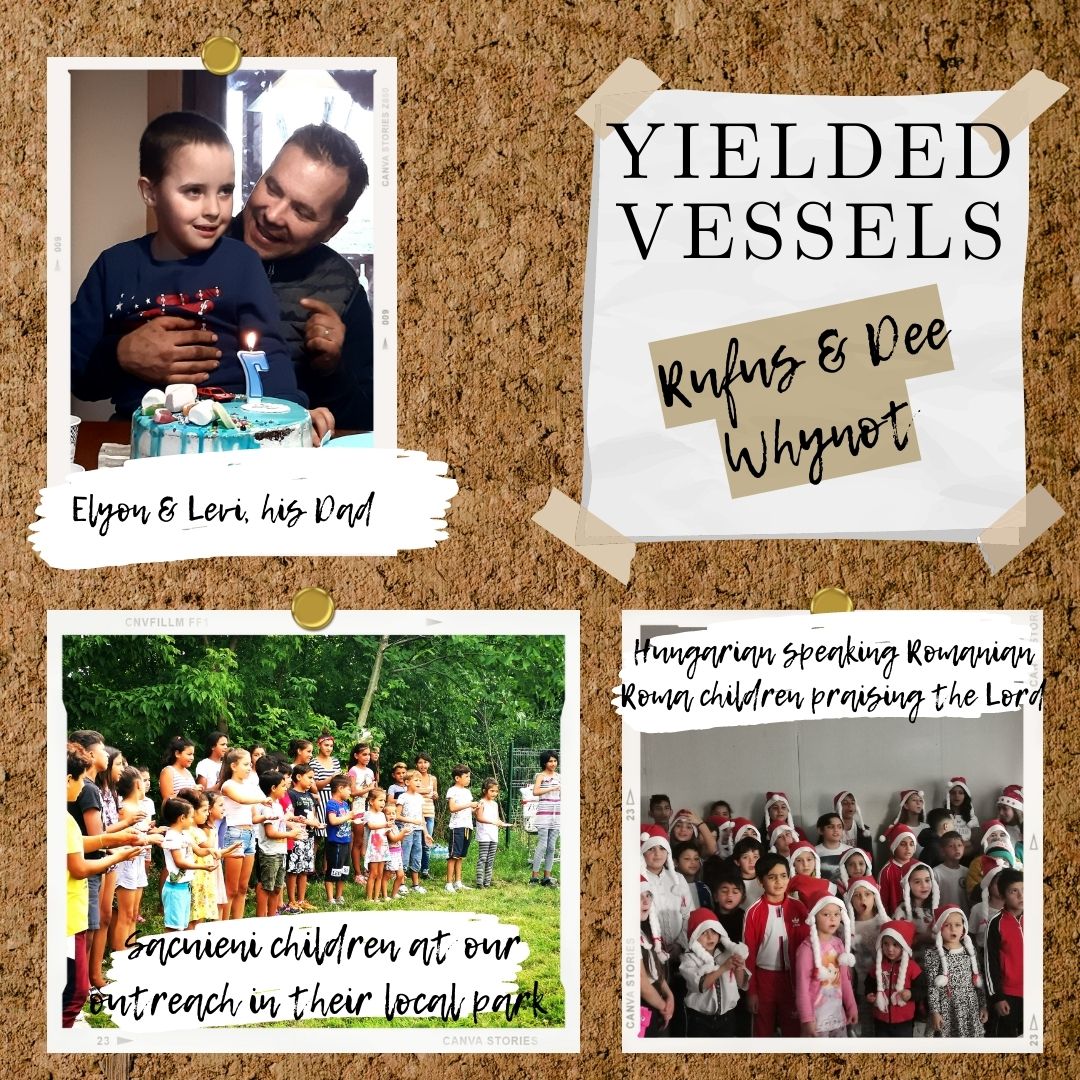 Yielded Vessels Ministry, founded by Rufus and Dee Whynot, is based in Transylvania and Eastern Europe. Their primary focus is Souls because Jesus came to seek and save the lost.

They have worked in the mission field since November 1984, and have seen the need to get people born again and help them mature in the Lord.

In all that they do, from mentoring leaders, healing outreaches, children’s work in different communities and teaching sessions in churches away from home – all is done to encourage people to share Jesus and give others the opportunity to come into the family of God.

Most recently they have done much work with the displaced Ukrainians which you can read about here.  Yet they have stilled managed to continue with five church meetings weekly, travel monthly to mentor leaders in Hunedoara and in Sacuieni, as well as traveling to have healing/evangelistic meetings in northeast Romania and Moldova, now that the covid prohibitions have been removed.

Deedre and I are so blessed to have found Brother and Sister Copeland’s faith-building cassette tapes in 1974,  while stationed in Berlin, Germany. They were a primary source for our spiritual growth. Then I was privileged to work for KCM after leaving the Army and personally getting to know this wonderful family of God.

We thank Brother and Sister Copeland for the amazing monthly financial support that KCM has provided to us since God called us to the mission field in the fall of 1984. And thanks also to the many ‘special offerings’ that have been given: to help us move from Texas to Guatemala , then to Berlin, later to start building our home in Romania, support of our children’s camps, and recently help for our purchase of supplies for the Ukrainian refugees.

The KCM family doesn’t preach faith; but lives it and demonstrates faith by investing in so many of God’s people! Thank you again so, so, so much.

So the testimonies from the Cluj area, Hunedoara, Pata Rat, Lunca Muresului, Reghin (where we previously worked for fourteen years) are that Jesus is Lord over everything that is named in Heaven, on earth, and under the earth. Every name that is named must bow its knee before the mighty name of Jesus!

Your seed becomes twice-sown seed and allows KCM to give to Ministries like Yielded Vessels.