This week on Believer’s Voice of Victory, join Kenneth Copeland teaching a powerful session of Healing School! Learn why faith is the connector to healing, and how you can relax in God and plug into The WORD to receive what you need. Then, witness a powerful time of ministry as believers come to receive their healing!
WatchStudy notes. 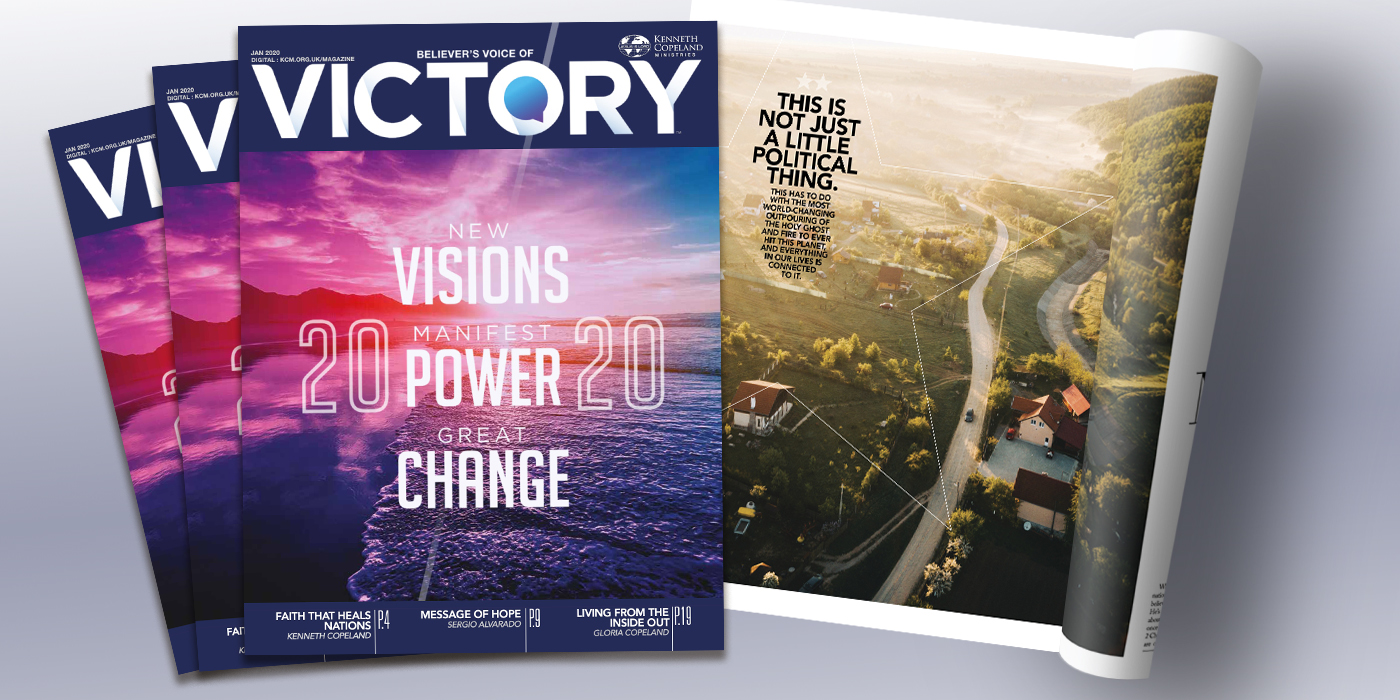 The Lord Is on Your Side

Kenneth Copeland
That through death he might destroy him that had the power of death, that is, the devil; and deliver them who through fear of death were all their lifetime subject to bondage.

If you were the navigator of a ship, youd be at a great disadvantage if you didnt know south existed, wouldnt you? If the only direction you were aware of was north, youd get off track very easily. That sounds silly but the truth is, many Christians are trying to do that very thing in the realm of the spirit. They are trying to navigate by faith without taking into consideration the reciprocal force that can, and will, take them in the opposite direction if they do not guard against it. What is this reciprocal force Im talking about? Its the force of fear. Oh, I dont feel like Im afraid of anything, you may say. That doesnt really matter because fear is not a feeling. It is not an emotion. It is a spiritual force. And although it can and does affect your emotions, it can be in operation even when you dont feel it. Just as faith is the substance of things hoped for (Hebrews 11:1), fear is the substance of things not desired. Faith reaches into the unseen realm of the spirit and manifests the promises of God. Fear reaches into the unseen realm and manifests the threats of the devil. Faith is the power God uses to create. Fear is the power the devil uses to destroy. Hebrews 2:14-15 says Jesus became flesh and blood to destroy the power of death and deliver those who were in bondage to it. It is the fear of death that keeps us in bondage. You must understand, however, that fear of death does not necessarily mean youre afraid to leave your body to go to heaven, as believers do when they die physically. The fear of death referred to in Hebrews has a much broader meaning than that. It includes the fear of sickness, lack, failure and everything else that is included under the Master Law of Sin and Death. If you grew up in a poor family, for example, you might spend your lifetime in bondage to the fear of poverty. You might even try to apply the principles of Godgiving and confessing and doing all the things that bring prosperitybut if you retain the underlying fear of being poor, it wont matter how much wealth you accumulate, the devil will rob you every time you turn around. You have to repent and get free! As Ephesians 6:12 says, we wrestle not against flesh and blood, but against principalities, powers, rulers of the darkness of this world. What do those rulers use to rule? Fear! Fear is their source of power. So, if well take authority over it and break its power, then poverty, sickness and failure that fear was designed to bring will never have the opportunity to manifest itself in our lives! You can take authority over fear. You can be free from its grip. You can live in freedom. Simply go before God and repent and use your God-given authority over that fear. Then stand in faith in your freedom. Confess the truth. In Psalm 118:6 David said, The Lord is on my side; I will not fear. Exodus 7-8; Mark 3 Jesus came and destroyed the power of death and the works of the devil in my life. He has delivered me from the bondage of fear. Hebrews 2:14-15