This week on Believer’s Voice of Victory join Gloria Copeland and Pastor George Pearsons as they continue their teaching about living in the covenant promise of protection as “The Untouchables.” Learn how to keep yourself in the safe zone by putting your God-given tools of protection to work every day!
WatchStudy Notes 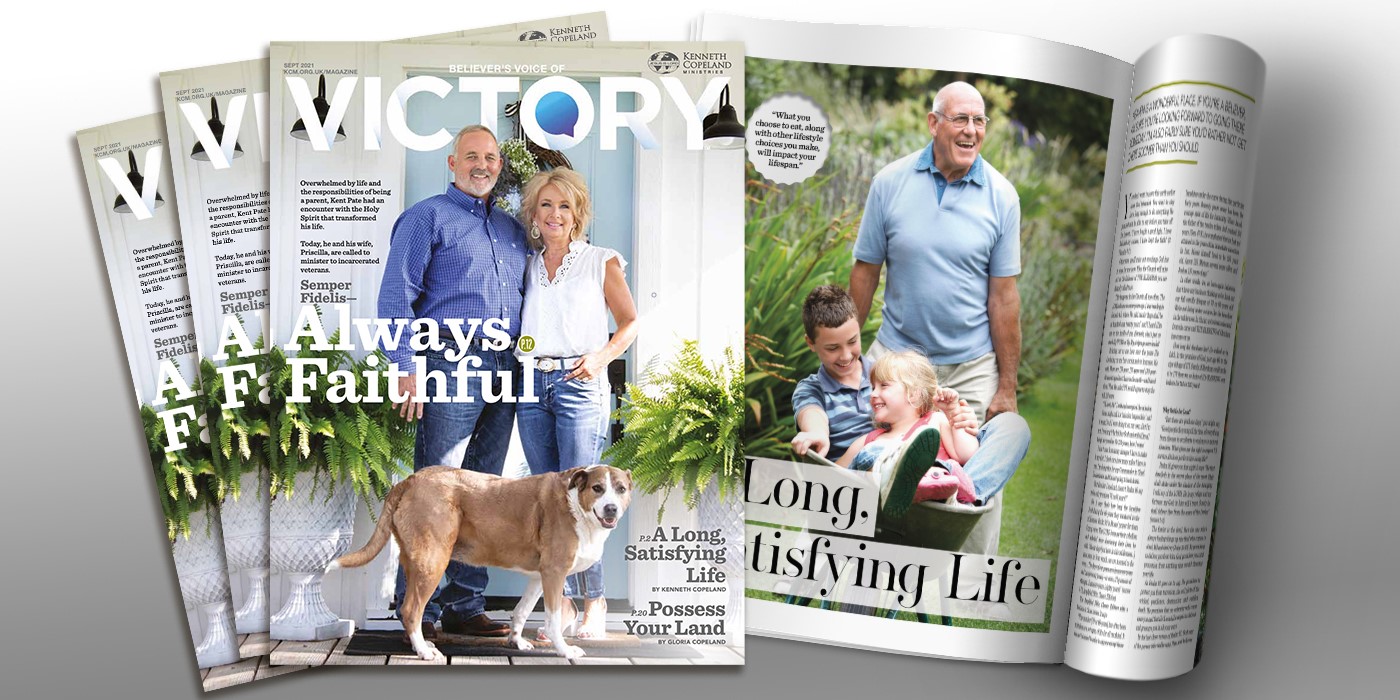 A Word About Angels

Kenneth Copeland
For he shall give his angels charge over thee, to keep thee in all thy ways.

It’s time to set the record straight. Angels are not kid stuff. They’re not little fat babies with long blonde hair and bows and arrows in their hands. Angels are big, strong warriors. They are real. They are powerful. And, if you are a believer, they are a vital part of your life.

We see examples of what angels can do all through the Bible. For instance, when the children of Israel were fleeing from Egypt with Pharaoh’s army hot on their heels, the Bible tells us that suddenly the wheels on the Egyptians’ chariots got fouled up. They just quit rolling!

Who do you think caused that? The angels, of course!

They haven’t retired since then either. Angels are at work today just as they’ve always been.

A few years ago in one of Israel’s major wars, the enemy had their guns trained on Israeli cities. Those guns were the finest military equipment money could buy. They had a range of at least 20 miles and were equipped with electronic gun sights for accuracy.

But something very odd happened. Every time they fired those guns at the Israelis, they either overshot or fell far short of their targets. We know there was nothing wrong with the guns because later the Israelis captured them and fired them back at the enemy with perfect success.

What happened? Angels, that’s what!

My friend, that isn’t just a fairy tale. That’s a real-life example of the involvement of angels in the lives of God’s people today. And, if you’re a child of God, then you have a right to expect God’s angels to do the same kind of things for you.

So, start expecting! Say, “Thank You, heavenly Father for giving Your angels charge over me to keep me in all my ways.” Once you’ve spoken that word of faith, stand fast. Don’t fear. Don’t waver. Just be patient and keep believing, and you will surely see the salvation of the Lord.