This week on Believer’s Voice of Victory join Kenneth Copeland teaching you how understanding your everlasting covenant with God is the key to walking in the full BLESSING in every area of your life. Learn how to become covenant-minded and stay in the safety of the powerful relationship He has with you.
WatchStudy notes. 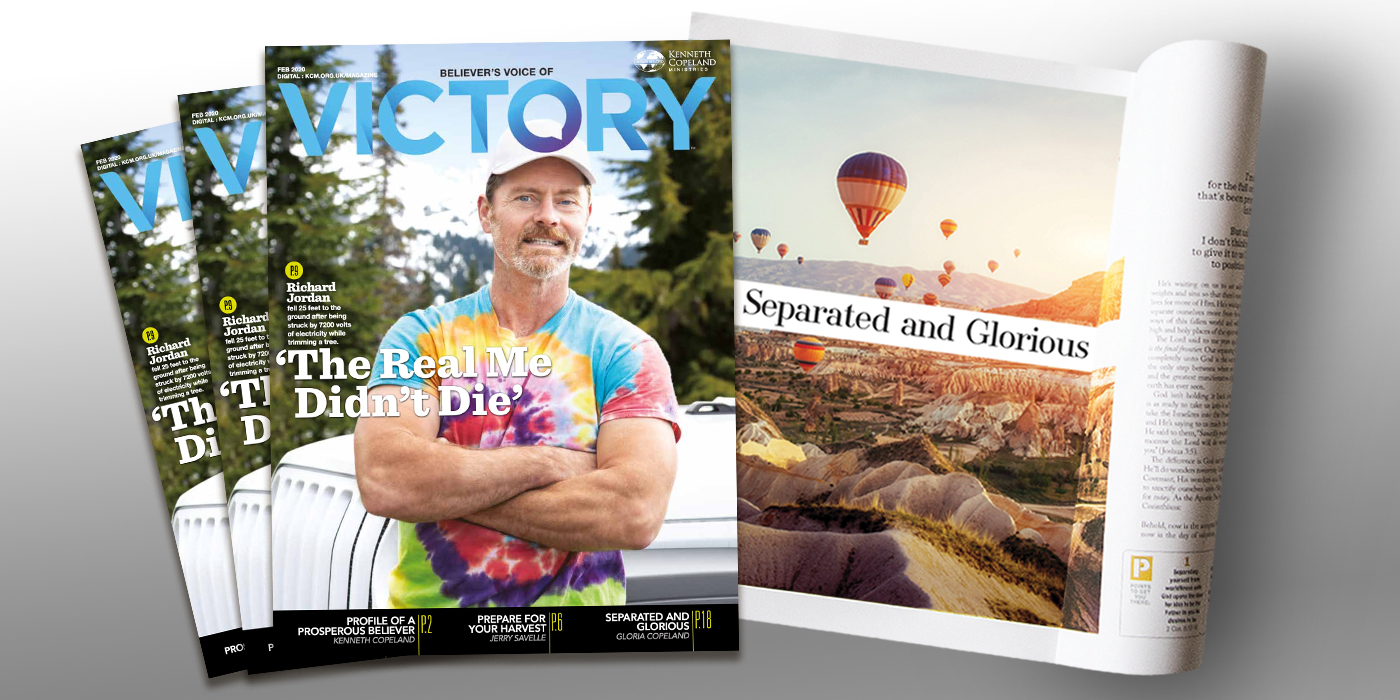 The Authority of the Believer

God created man in His own image and gave him authority in the earth. He gave man the authority to use the creative power of words to create his own world, just as God used His Words to create. But a single act of disobedience unleashed the curse of sin, sickness, poverty and fear into man’s life.

The authority of the believer was re-established in this earth by the single act of obedience of God’s Son, Jesus. It is by the power of His Name—the Name of Jesus—that we may walk in the authority God granted from Creation.

In this series, Brother Copeland teaches how the Lord Jesus Christ destroyed the power of the curse and returned the power of creativity and authority to mankind. He shares the truths of God’s Word about the power available to every believer to live every moment in authority and in freedom from the curse.