Great Joy in the City Ministries 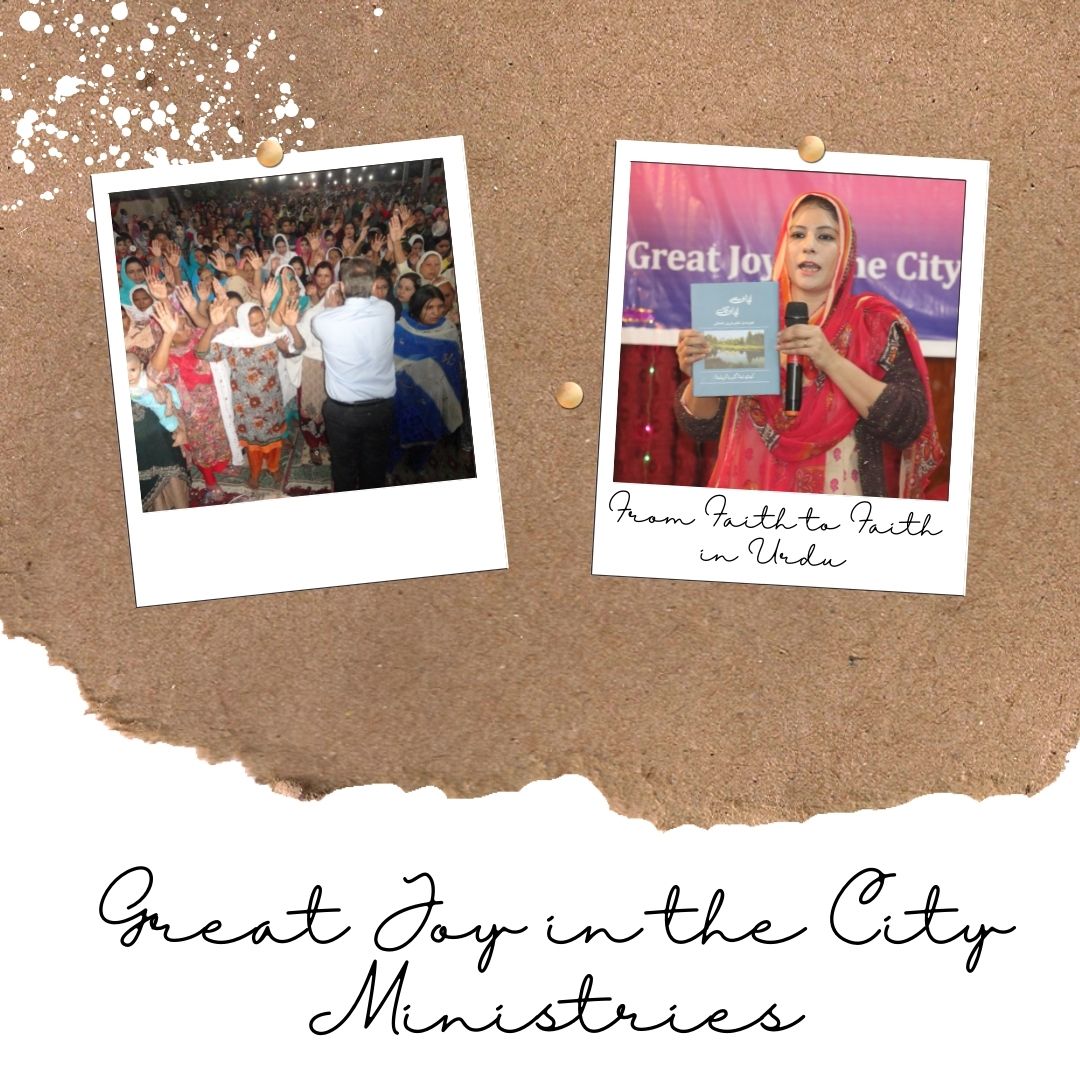 Great Joy in the City Ministries (GJITCM) is an apostolic ministry called to “Prepare the Way for the Lord’s Return”. GJITCM is an Asia-regional ministry whose focus is teaching the Gospel of the Kingdom and bringing in the End-time Harvest through evangelism. GJITCM believes in confirming the Kingdom Gospel with signs, wonders and miracles following. Dr. Will Pantin is the President and Founder of GJITCM.

GJITCM has a large nationwide ministry presence in the country of Pakistan. The apostolic focus within the Muslim country is Evangelism, Church Planting, Raising up future national church leaders with its bible school, “The Chosen Academy”, conducting Pastor Kingdom Seminars, Women’s Kingdom Seminars and Kingdom Revival Meetings throughout the nation; as well as conducting weekly on-line teaching programs, “Equipped for Victory” and GJITCM’s Daily Devotional.

Our “Bond Servants of Christ Ministerial Fellowship” (BSCMF) was created to teach pastors and 5-fold ministers how to walk as Jesus walked and ministered: In humility and Servanthood, to open the door to Holy Ghost power and Kingdom impact. BSCMF currently has over 7,905 members in Pakistan, over 13,000 members in Asia.

Acts 8:5-8: “Philip, for example, went to the city of Samaria and told the people there about the Messiah. Crowds listened intently to Philip because they were eager to hear his message and see the miraculous signs he did. Many evil spirits were cast out, screaming as they left their victims. And many who had been paralyzed or lame were healed. So there was great joy in that city.”

GJITCM has  won 550,000 of people to the Lord since 2001 in Muslim-dominated Pakistan, India, Southeast Asia, as well as oppressive Asian countries like China and Vietnam. Over the years during GJITCM evangelistic meetings as well as all our other apostolic outreaches, people have been delivered from witchcraft and demonic oppression, as well as being healed from different kinds of sicknesses and diseases with many notable miracles. Also families have restored, backsliders have come back to Jesus; and in general, people have been encouraged, strengthened and equipped for the work of the ministry through Great Joy In the City Ministries.

Your seed becomes twice-sown seed and allows KCM to give to Ministries like Great Joy in the City Ministries.