Kenneth Copeland Ministries Europe would like to congratulate Streetlight UK on receiving a Queen’s Award for Voluntary Service for providing frontline support services for at-risk women in Sussex and surrounding areas. A Queen’s Award is the highest award a voluntary group can be given.

Who is Streetlight UK?

Streetlight was founded in 2012 by its director, Helena Croft. Streetlight UK is a frontline specialist support service specifically focused on providing women with tangible and material pathways out of a lifestyle of prostitution and violence. One of the ways the frontline teams help women caught up in street prostitution in London, is by providing a late-night outreach van, giving out hot food, drinks, coats, gloves and hats, with staff distributing practical care packs including health products, information and panic alarms. The women are also offered 1-2-1 daytime support and are helped to report crimes. They have developed their specialism and understanding of women involved in prostitution across London, Surrey, and Sussex since 2012. Their overall vision is to end violence against women by confronting men’s choices and changing public perception and the law, towards women in prostitution.

Streetlight has also set up two separate operations in collaboration with the Metropolitan Police and HM Prisons. The charity, work with the Police, by providing educational courses for men who have been arrested for solicitation of prostitution or outraging public decency.

Streetlight UK provides educational courses for women in prisons, and as director Helena Croft explains: “We also run a wellbeing course for women within the prisons on healthy relationships, on sexual health when they are released and how not to get back into controlling relationships. Bearing in mind that 80% of women in prison have some form of relationship with sexual exploitation. We have grown broadly, but the majority of our work is still with women on the frontline. In the last two to three years, Streetlight has grown dramatically, but sadly that is due to demand, which is also continuing to grow. Streetlight UK’s partnership to KCM is incredibly important to us – primarily as a faith-based organisation, it is rare to have a funder who also carries and understands our Christian ethos and mission. It is extremely encouraging to know that our mission is being supported through prayer, along with the financial support provided by KCM. Considering our vision is largely overlooked by society, it is important for us to know that we are being supported through prayer in an often lonely and isolated area of outreach.”

KCM Europe would like to thank our Partners and Friends who pray for us and have been called to support KCM financially – we want to assure you that at least 10% of all the finances we receive are regularly sown into other ministries and charities. Together we can advance the Kingdom of God and help like-minded ministries to achieve their God-given purpose to help others.

This has enabled us, KCM Europe, to play a part in Streetlight’s mission and vision.

God wants our life to overflow with love and compassion. See what it says in Matthew 25:34-40:

“Then the King will say to those on his right, ‘Come, you who are blessed by my Father, inherit the Kingdom prepared for you from the creation of the world. For I was hungry, and you fed me. I was thirsty, and you gave me a drink. I was a stranger, and you invited me into your home. I was naked, and you gave me clothing. I was sick, and you cared for me. I was in prison, and you visited me.’

“And the King will say, ‘I tell you the truth, when you did it to one of the least of these my brothers and sisters, you were doing it to me!’ 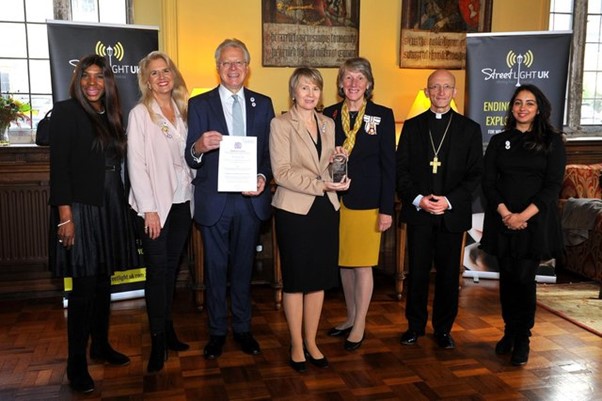 At least 10% of every donation received at Kenneth Copeland Ministries is sown into other ministries and outreaches around the world like Streetlight UK. We call this twice-sown seed, and it’s powerful! If you’d like to learn more about partnering with us as we reach the world with the uncompromised Word of God, go to partnership.