Receiving is not a passive exercise, there is a response and reaction required.

When we look at what the Lord Jesus accomplished for us on the Cross, we see that He paid in full the price for our sins. Every curse that was meant for us, was on Him, and every sickness and disease that will ever be, He bore in His body (Matthew 8 :17), and at the whipping post He paid the price for our healing. 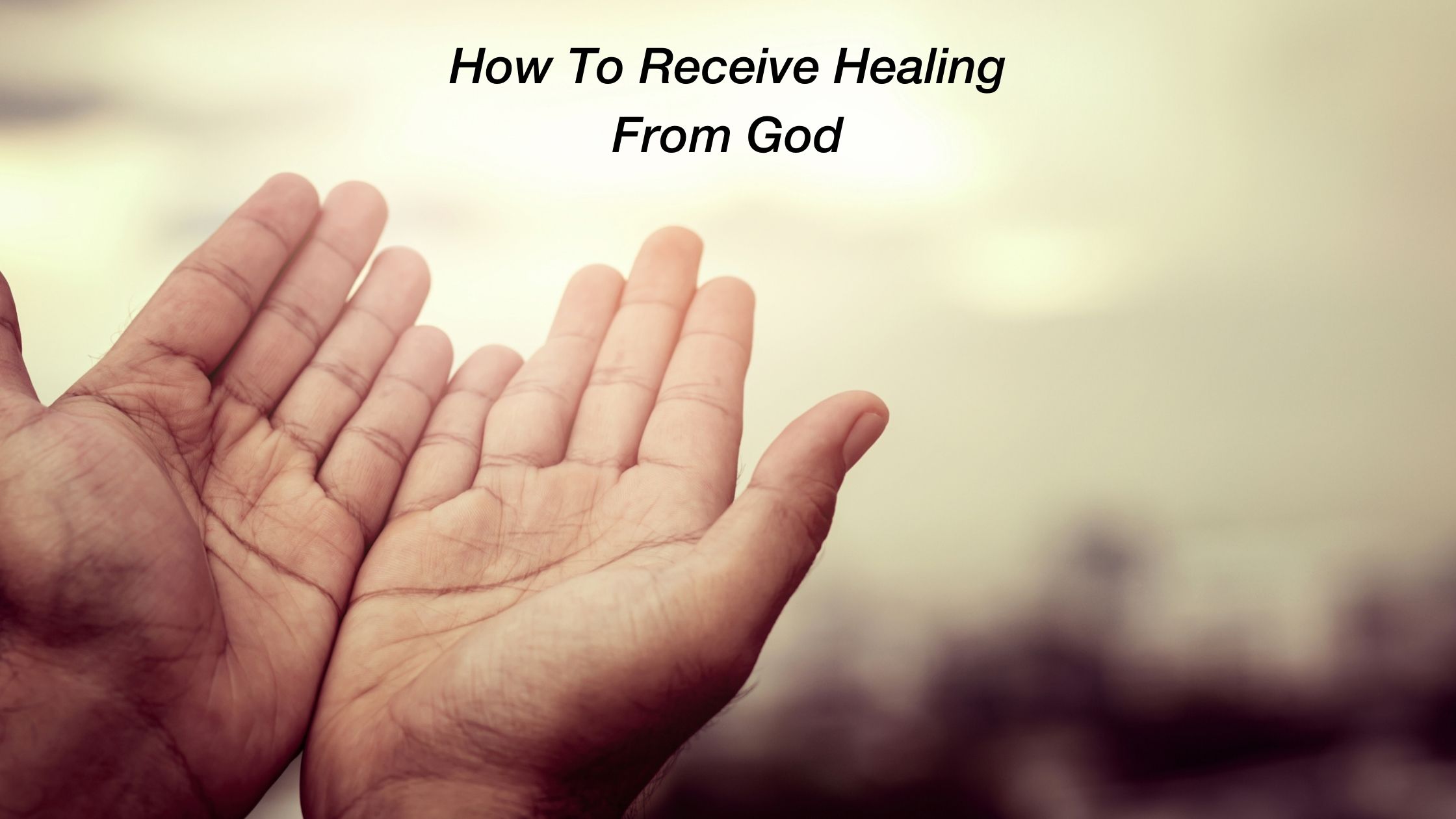 God made him who had no sin to be sin for us, so that in him we might become the righteousness of God. (2 Corinthians 5:21 MEV)

And because we have received this righteousness in Christ, there is nothing hindering or in the way of us having access to the Father, to receive from Him.

The Best of the Best

The Apostle Paul tells us, “He that spared not his own Son, but delivered him up for us all, how shall he not with him also freely give us all things? (Romans 8:32 MEV)

This is a tremendous scripture! When God the Father gave us Jesus, He gave the best and most valuable thing He had. And if Jesus is the best and He gave Him, ask yourself, would He then give second rate blessings or substandard grace and healing?

If He gave Jesus, why would He withhold healing or any other thing? But the scripture is very clear that with Jesus, Father God will also freely give us all things, and because it comes with Jesus it will be the very best!

God Can Be Trusted

God’s hand of healing and grace is open to us to receive. This is Good news!

We don’t have to perform, or fast, or beg to get God to do something: Jesus has already done it and He will never go to the whipping post or Cross ever again.

This is where our receiving comes in. If someone gave you £100 cash, your first reaction would possibly be surprised and then gratitude, but then you would need to reach out and take the £100 from their hand to receive it.

But what if you were suspicious of that person? What if you thought the money in their hand was fake or thought that as soon you reached out to take it, they would pull their hand away? This would influence how you received the £100.

Do you know that we can sabotage our receiving from God by wrong thinking and wrong believing?

The enemy will use these and others to sow doubt and to create double-mindedness and wavering. James warns us about being double-minded.

Fight the Good Fight of Faith

So we have to oppose any thoughts that exalt themselves against the knowledge of God and we want to be fully persuaded in our faith. Let’s look at the example of father Abraham’s faith.

And not being weak in faith, he did not consider his own body to be dead (when he was about a hundred years old), nor yet the deadness of Sarah’s womb. He did not waver at the promise of God through unbelief, but was strong in faith, giving glory to God,  and being fully persuaded that what God had promised, He was able to perform.(Romans 4: 19-21 MEV)

It says that he considered not his body, nor the bareness of Sarah’s womb; he gave no thought to their natural condition, but, he was fully convinced God would do what he said.

But what if Abraham went to YouTube and started researching whether a 100-year-old man could have children or searched Google to research Sarah’s condition? He would then have been considering his body and Sarah’s womb. But praise God he couldn’t give them a thought in the equation, knowing that what God had promised, He would do.

Be Heavily Medicated on the Word of God

In the medical field they talk about someone being heavily medicated, by this they mean that the medication is influencing their entire system, their bodies – motor skills and even their minds and thoughts are interrupted by the medicine.

You and I need to be heavily meditated on the Word of God, so that it fills our thoughts and thinking and is the influence of the course of our lives, and become fully persuaded.

Fill your mind with the Word of God, use your God-given imagination to see the Word working in your life, to see it transforming you and to see it flowing from you to others.

Right now, make the decision that you are fully persuaded, consider not the circumstances and know that …“that what God had promised, He was able to perform.”.(Rom. 4 :21 MEV)

This message was shared by Mike, one of our Prayer Ministers, during the Healing Prayer meeting organised by KCM Europe for our Partners on 24th March 2022.

Be encouraged by reading these inspiring Healing Testimonies, on our dedicated webpage.