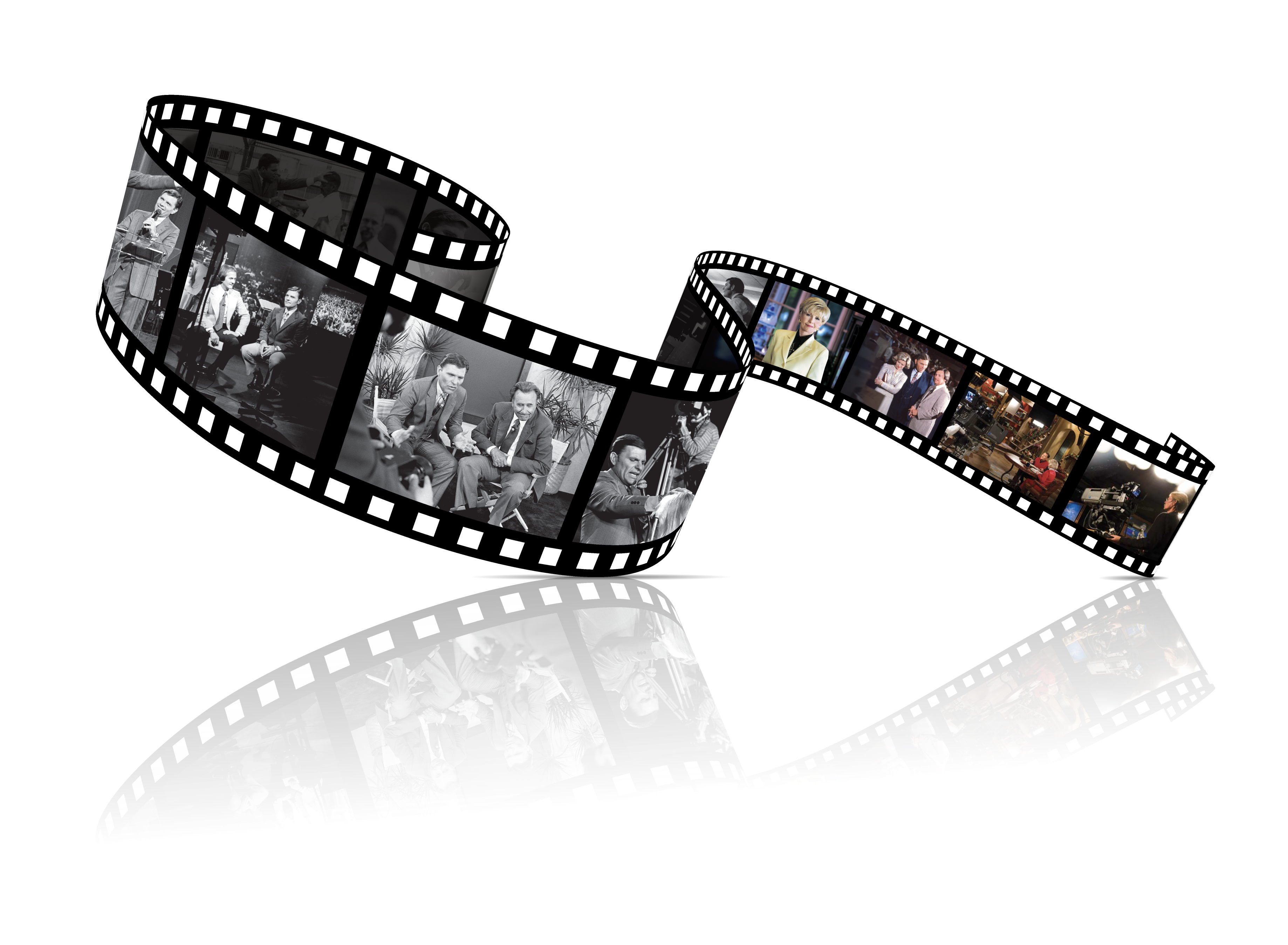 When God called Kenneth Copeland into ministry down in the Arkansas River bed in 1967, he saw the Word of God going forth to thousands of people.  Kenneth clung to that vision in spite of the fact that even after five years in ministry, he hadn’t yet preached to a crowd of 300.

Then, in 1975, the Lord commanded him to “preach the uncompromised Word of God on every available voice.”  Through voices like radio and television, he could reach the thousands that he’d seen in his spirit years earlier.

As Kenneth began teaching at meetings, he began selling tapes of the services.  At his first meeting people ordered 98 tapes!  He had never imagined selling that many tapes.  For several days Kenneth was up until almost 4am making copies – one reel at a time.  Later, when God provided a tape duplicator, he almost kissed it every time he walked by.  Early in the ministry, God had shown Kenneth that He could multiply the time and the Word by spreading the gospel through tapes.

The following year in 1976, radio was a main voice of Kenneth Copeland Ministries. Although it began as one of the most frustrating experiences of Kenneth’s life, they closed the year on 700 stations and the broadcast became the fastest-growing religious broadcast in radio history.

In the early years, Kenneth and Gloria produced a television program called ‘The Prayer Group’.

Then as their Victory Campaigns and meetings grew, Kenneth and Gloria filmed these meetings which were then broadcast for one hour on Sundays.  The television ministry was officially launched  on 27th May, 1979.  These early broadcasts grew to become Believer’s Voice of Victory.

In 1988, God repeated something He had said to the Copelands in 1967 that put them on a course toward destiny. The Lord had said:

‘I told you that I was coming so soon that I wanted this uncompromised message of faith on every available voice. I have not changed. I have not released you from that assignment.’

God added a new and seemingly impossible direction, giving them an assignment that would be the biggest step of faith they had ever taken: ‘I want you to begin airing daily, 30-minute broadcasts through which you will teach believers who they are in Christ Jesus. Bring them from religion to reality…. Use these programs to teach, not preach. Continue your weekly broadcasts on Sunday and do your preaching there.’

They didn’t have the money to go on daily television. They also didn’t have the personnel, the equipment or a studio. But what they did have was that one word from God. And they had their faith. That was all God needed!

Seek Ways to Get the Word Out

One day, Kenneth was lying across a hotel bed in Little Rock, Arkansas, praying over the meeting they were having.  ‘How in the world can God ever get that kind of money to me? How can I ever get on television?’  When the Lord interrupted his thoughts and said, ‘Kenneth, don’t seek ways to get money in.  Seek ways to get the Word out.  The money will then come in.’

Getting the money in wasn’t Kenneth’s part of the arrangement.

It was teaching the Word.

Jesus already knew exactly what He needed to do to get the money to them.

And the gospel of the kingdom shall be preached in all the world for a witness unto all nations (Matthew 24:14)

With God’s clear instruction, there were certainly a few issues that Kenneth had to overcome.  He didn’t like television. He didn’t want anyone putting makeup on him. He didn’t want someone sticking a camera in front of him.  Kenneth wanted to preach to people, not to a red light and one big eye.  But he obeyed God.

One Word From God

So how did they jump from weekly television to a daily broadcast?

They meditated the Word, confessed their success, built up their faith,  called those things that be not as though they were.

Today, the Believer’s Voice of Victory broadcasts a total of 858 hours per week all over the world to more than 243 stations, six days a week.  With a potential viewership of over 3 billion people, it’s reaching areas in Africa, Asia, Australia, Canada, Europe, India/Middle East,  Latin America, South America, New Zealand and the USA.

Kenneth Copeland Ministries Europe aired the weekly Believer’s Voice of Victory broadcast on Superchannel from April 1992 to July 1993.  Then in October 1995, the European continent’s first daily Christian television network Christian Channel Europe (now known as the God Channel) began.  The Believer’s Voice of Victory daily broadcast went across the airwaves, teaching the Word of God into the European nations. Ten years later, in 2015, it became accessible to even more people as Christian television grew and expanded into TBN Europe and the Daystar Network.

Today, we reach further across the world through a variety of digital channels, including this website and our social media accounts.

One of the biggest additions to the TV ministry to date came in 2015 when KCM launched the Believer’s Voice of Victory Network (BVOVN), a faith-based TV network offering 24/7 programming of the Word of God taught by a hand-selected group of today’s most trusted Bible teachers. In 2019, the network name was changed to “VICTORY Channel”. 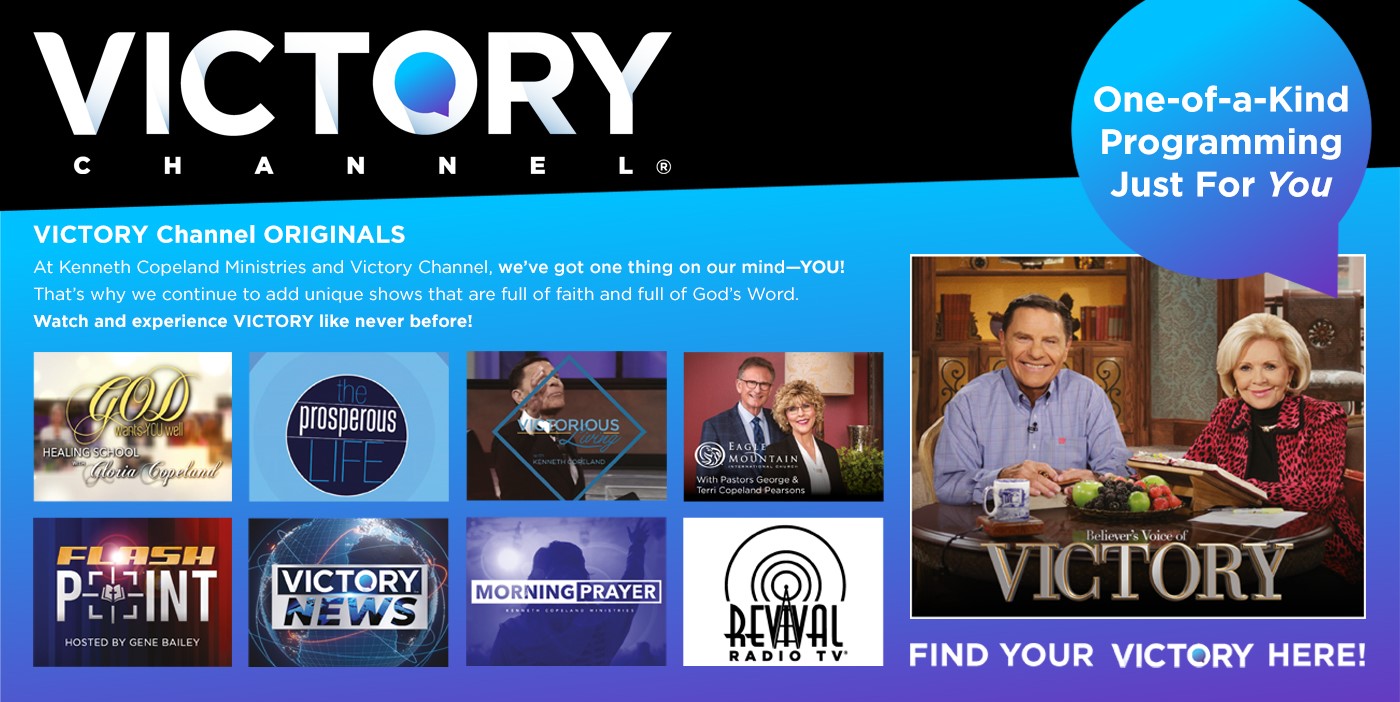 Take The WORD with you wherever you go!

Television is Powerful. Its signal knows no boundaries, it obeys no civil authorities.  It reaches the darkest, most remote locations on earth.  And it transformed KCM.

God has displayed His glory through the BVOV television ministry.  Kenneth and Gloria, by their faith and the faith of their Partners and Friends, continue to preach and teach, bringing God’s people to their place of strength on this earth – from the top of the world to the bottom and all the way around!

The Believer’s Voice of Victory broadcast is available on a variety of digital channels available throughout Europe. Find your favourites and take The WORD with you wherever you go! More Ways To Watch in Europe 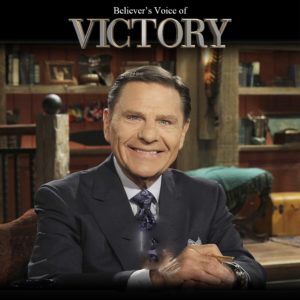 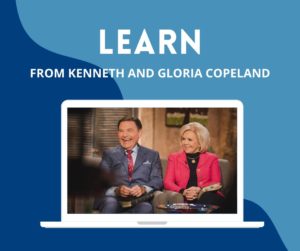